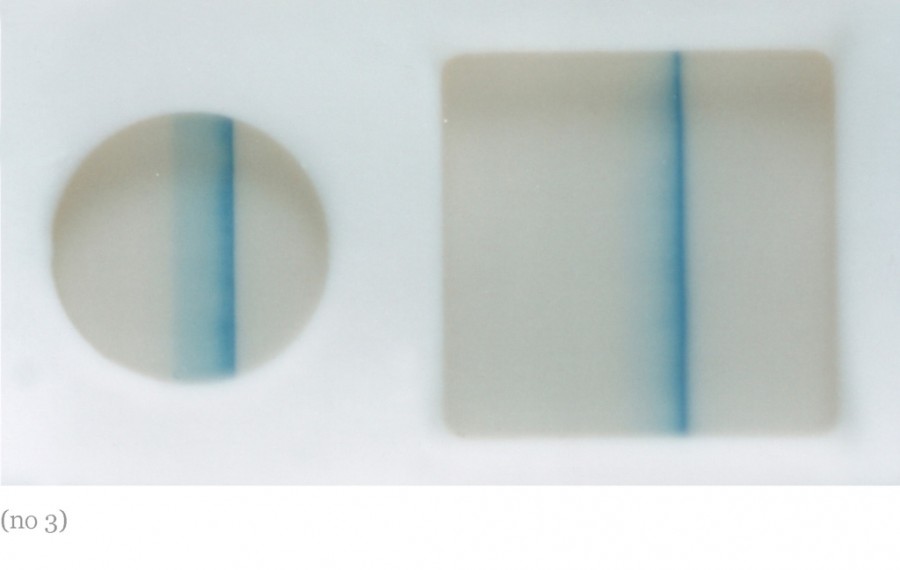 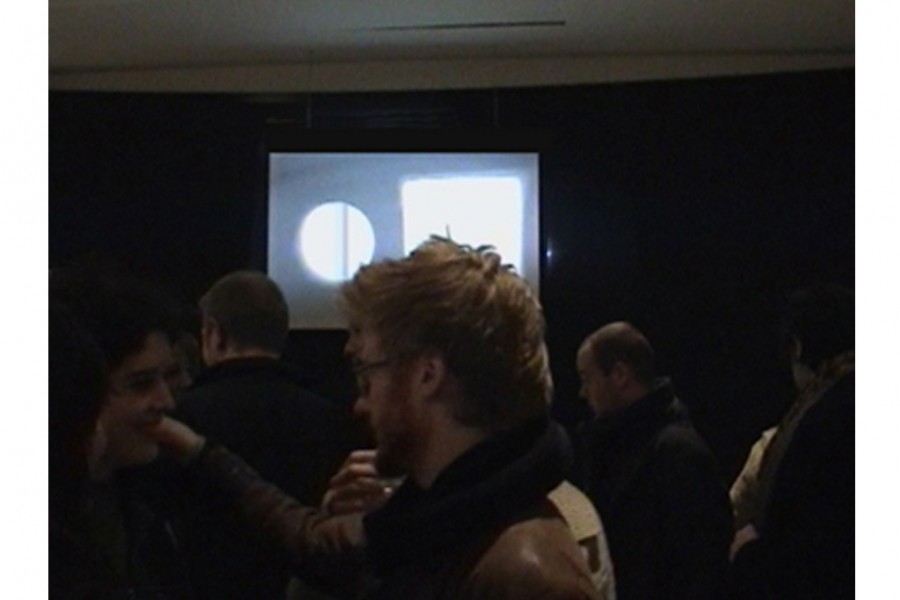 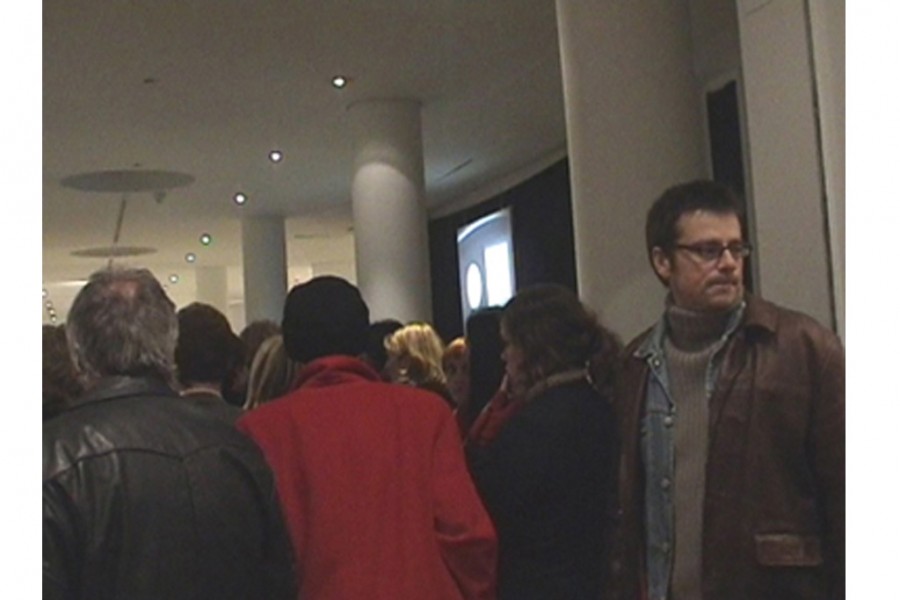 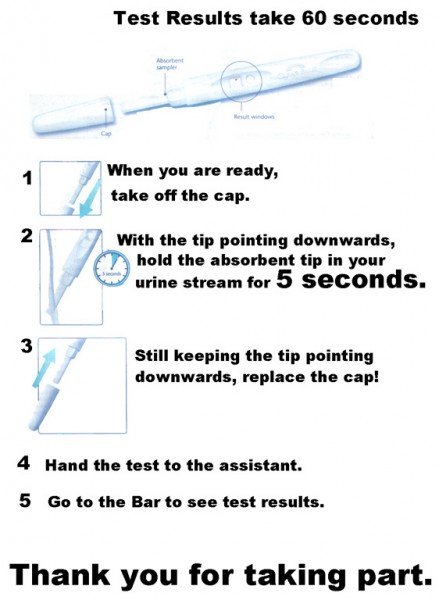 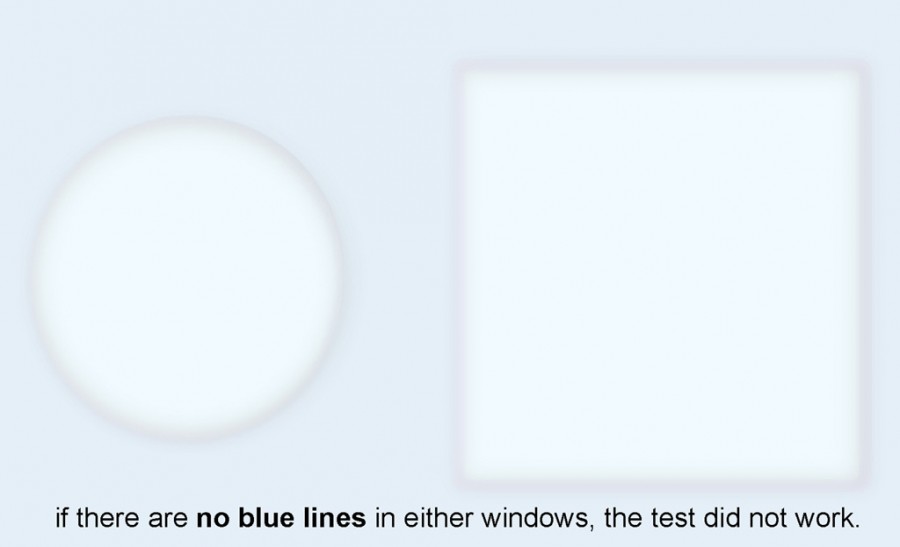 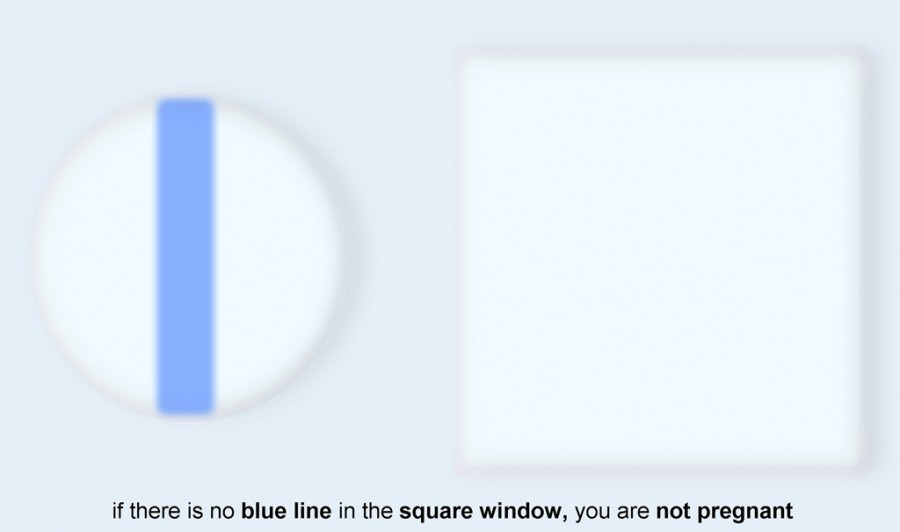 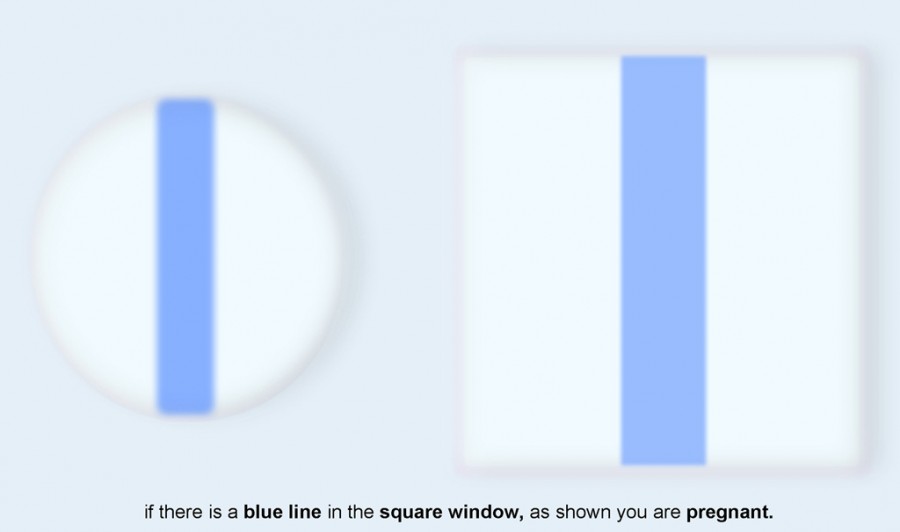 Private View, 2002 – 2010 exists as both a performance and a separate photographic piece.

To date “Private View” as a performance has taken place in London, Poitiers, Oslo and Manchester.

On the night of a private view every woman who came to use the toilets were asked if they would take a pregnancy test. The results were relayed live in real-time above the bar. The indicating windows of the pregnancy test were the only part to be projected, initially appearing abstract. There wasn’t any sound and the pregnancy tests were broadcast anonymously. If the women wanted to know their result they would go straight to the bar. The indicator windows of new pregnancy tests were projected every two to three minutes. The specific positioning of the work is important, to have the projection screen/monitors in the bar. There isn’t any broadcasted sound, just the ambient background noise of people socialising, flirting, net working, whilst they are drinking and queuing for drinks.

“Private View”, 2006 is a composite print of the forty different women’s pregnancy tests from the London performance, combined with text written by the women as they were waiting to take their test. Each test is unique and like a fingerprint, there are different patterns and colours which when displayed together become more apparent.